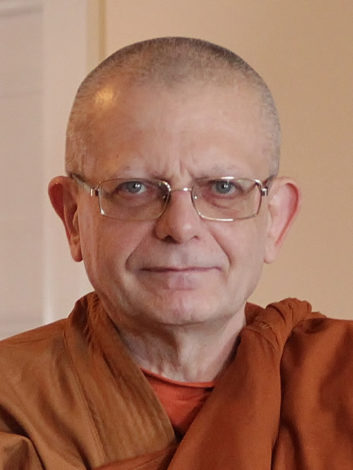 Ajahn Punnadhammo has been studying and practising Buddhism since 1979 and was ordained in Thailand in the forest tradition of Ajahn Chah (novice ordination Feb. 1991, higher ordination Feb. 1992). Between 1990 and 1995 he was based at Wat Pah Nanachat, Thailand. Punnadhammo is a Canadian, born Michael Dominskyj in Toronto in 1955. He began studying the Dhamma under Kema Ananda, the founder and first teacher at the Arrow River Centre.

This talk was taken from an eight day retreat on Sŏn Buddhism at Gia House back in April this year.

Based on that followed in the Sŏn (Zen) Buddhist tradition of Korea these talks looked at seeking a balance between the calm of open awareness and a focus of deep inquiry into the nature of our lives through the question (kungan / koan) 'What is this?' Equal emphasis was given to traditional instructions and contemporary interpretation of the tradition.