Just This - The Bhiya Sutta by Doug Phillips

This talk by Doug Phillips is on one of my favourite Suttas, the Bhiya Sutta. 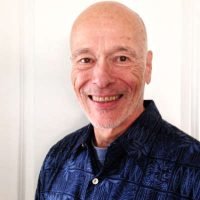 
Douglas Phillips is founder and guiding teacher of Empty Sky Vipasssa Sangha and a long time practioner of Vipassana and Zen. His teaching is strongly influenced by Vimala Thakar and J. Krishnamurti.
at 16:43 No comments:

Emptiness And Solitude by Stephen Batchelor In this talk Stephen Batchelor explores the concept of emptiness and the fact that both it and solitude are described in relation to what is lacking.

In Between Experience by Gil Fronsdal Gil Fronsdal is the primary teacher for the Insight Meditation Centre in Redwood City, California; he has been teaching since 1990. He has practised Zen and Vipassana in the U.S. and Asia since 1975. He was a Theravada monk in Burma in 1985, and in 1989 began training with Jack Kornfield to be a Vipassana teacher. Gil teaches at Spirit Rock Meditation Centre where he is part of its Teachers Council. Gil was ordained as a Soto Zen priest at the San Francisco Zen Centre in 1982, and in 1995 received Dharma Transmission from Mel Weitsman, the abbot of the Berkeley Zen Centre . He is currently serving on the SF Zen Centre Elders’ Council.