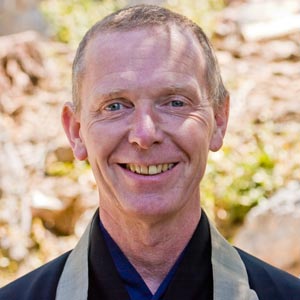 Born in Manchester, England, Charles Tenshin Fletcher Roshi went to the United States in 1979 to study at the Zen Centre of Los Angeles with founder Taizan Maezumi Roshi. In 1994, Tenshin Roshi received Dharma Transmission (authorization to teach) in the White Plum lineage from Maezumi Roshi, and Inka from Genpo Merzel Roshi in 2006 (Zen Master, final seal of approval). He acted as administrator for many years at ZCLA and is now the primary teacher and abbot at Yokoji-Zen Mountain Centre. Tenshin Roshi is one of the few North American teachers officially certified as a Kokusaifukyoshi (Official Foreign Representative), a title appointed in 2009 by the Soto Zen Headquarters in Japan.

The Three Fetters by Howard Cohn

Howard Cohn has led the Mission Dharma sitting group in San Francisco for over 25 years. He has practised meditation since 1972, has led vipassana retreats since 1985, and is a senior teacher at Spirit Rock Meditation Centre.

In this talk, he describes The Three Fetters.